/  Journeys  /  Life on the edge of a medical precipice

Life on the edge of a medical precipice

Journalist Max Christoffersen sent us this column about heart disease, written for the Waikato Times, shortly before he died. We share it in the spirit it was written: to encourage others not to ignore their symptoms.

I live every day with a broken heart. Not the kind created by cheating girlfriends, (yep, had one of those).

Or the kind created by the tragic loss of pets (have lots of those!) No, my broken heart is purely mechanical.

To be fair, it's not really my heart either. It's my pipes – my arteries are clogged.

It all started a few years back when a walk up the beach had me feeling like I'd just run the length of the field to score a goal. Only this was 20 metres up a slight sandy incline.

The huffing and puffing caught me by surprise. But like all men I blamed it on everything else (the sun, the wind, the time of day, lack of sleep, Liverpool home loss at Anfield…) except what it really was.

The harsh reality I was afraid to confront was that I was aging, my health was changing, and my family genes were coming into play.

I have strokes on one side of the family and heart failure on the other. I was getting a fast lesson on what it means to confront one's mortality. I'm a dead man walking based on family history.

My father died at 69 of heart failure and making his age may be an unachievable milestone for me.

Still, I'm young at heart and hoped my youthful mindset might translate into physical wellbeing. 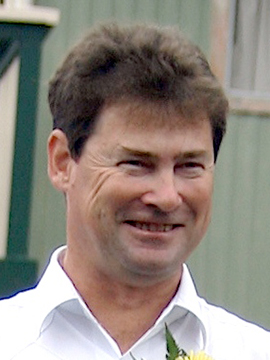 While still living in denial I continued believing my heart, my health and my general demeanor was that of a 24-year-old. But the truth was revealing more reality day by day.

The same heart issues happened over the following weeks. There were strange symptoms, my arms felt light and 'hollow' and I felt strangely fatigued whenever I walked or was in the waves.

The point of no return came when I went to Rugby Park to watch the Chiefs play. By the time I got to the park having walked from the Founders Theatre I knew I was in trouble. I couldn't climb the stairs to get to the top of the stadium. I didn't know if I could make it back to the car without assistance.

The full story of my heart scare was first published in the Waikato Times in 2013 and republished on Sunlive in 2017. What followed was the sobering realisation that my 20s were now long gone.

A visit to the doctor led to an emergency visit to the cardiac ward. With my elevated blood pressure now screaming through the roof, the nurses asked if I had headaches, nausea or double vision. I answered 'no' to all of the queries but their questions were revealing, something was about to blow.

My failing health had me pondering my mortality and the likelihood that I would die with many things left undone, unsaid and unwritten. Thankfully the Waikato Times has let me make good on some of the writing and sharing of thoughts on life, love, death, politics and higher education.

There is a brutal acuity to reflecting on the past when ill health hits. Facing the reality that some life stories will be forever left without a fitting ending is sobering.

And so today six years on from my first tap on the shoulder from the Almighty, I now confront the reality that I have survived so far due to medication. My drug regime is the only thing keeping me alive.

I have no doubt if I had continued with my ongoing deal-making with the Divine and denial of the seriousness of my heart symptoms six years ago, by now I would be recovering from a stroke or would have died of a myocardial infarction (heart attack).

Today I can no longer surf, play masters soccer tournaments or run after frisbees on the beach without feeling the compression in my chest.

In recent months I have had to rely on Nitroglycerin spray at all hours of the night and day to relieve the angina pain that has interrupted sleep, short walks and play time on the beach with dogs.

The medications have increased in intensity and number. I await a return to the cardiac ward where it all started for more tests on my heart and internal plumbing.

I'm facing the reality that my arteries are stuffed and I can only go so far before the internal mechanics have to be fixed. That means stents in my arteries or bypass surgery – both are not far away.

I've caught myself wondering if the seriousness of my heart story is exaggerated.

I haven't faced surgery yet but those who have share harrowing tales of survival. Friends have died on the operating table only to be revived, others have had their heart removed from their chest for repair and survived, while some face ongoing surgery for cancer and other serious illnesses that make my health symptoms seem like a mere wake up call.

My chest pains mid-beach walk on a sunny day appear as a minor inconvenience, a distant early warning compared to friends who have survived and later thrived following invasive surgery.

Nonetheless, my story serves as a cursory warning to men and women who may be living in denial and ignoring health symptoms while making phony deals with god. My history says this is no way to manage heart disease or serious illness.

I hope that when my time comes I can show the same level of bravery as my friends and workmates who have survived surgery and gone on to live full lives again.

This column is written in admiration for them.

The Heart Foundation extends its condolences to Max’s family and friends after his death on 2 March 2019. We are grateful to Max’s wife Linda and to the Waikato Times for the permission to republish this column to support others on a heart disease journey and encourage everyone look after their heart.