The Heart Foundation announced funding today, for further development of a vaccine that could see Kiwi kids visiting the doctor for a teaspoon of yoghurt to protect against rheumatic fever-related heart damage or premature death, as part of its $4.3 million 2018 funding round.

“Our vaccination strategy is quite unique as it uses a live, food-grade bacteria to produce and deliver the vaccine to protect against Strep A. As these infections are most prevalent in children, the possibility to administer it as a probiotic yogurt is a very appealing prospect,” says Heart Foundation Fellow Dr Jacelyn Loh from the University of Auckland.

Gerry Devlin, Heart Foundation Medical Director says the organisation is pleased to be able to fund this important research which could potentially protect our most at-risk children.

“A vaccine specific to New Zealand and Australia, that could prevent this often debilitating and sometimes life-threatening heart disease is a very exciting development,” says Devlin.

The feasibility of the project was demonstrated in a pilot study published in Scientific Reports last year.

Currently, there are no registered vaccinations for Strep A which could prevent ARF and RHD, and those in development may not protect against the specific strains circulating in New Zealand and Australia.

“There are three vaccines in clinical trials at the moment worldwide, and more in pre-clinical development but the most advanced of these target the ‘M-protein’,” says Loh.

“We see very different strains in New Zealand and Australia, which are comparable to strains found in low-income countries where ARF and RHD are most prevalent, so those specific vaccines being developed in the US may not work in New Zealand.”

Prevention of ARF is a national health priority in New Zealand where rates are much higher than other developing countries, particularly in Māori and Pacific children.

Research on the incidence of ARF in New Zealand between 2010-2013 showed Māori were nearly 30 times more likely to be diagnosed with it than the NZ European population and Pacific people more than 40 times.

The Government has invested more than $60 million in identifying and treating Strep A sore throats in high-risk children, and raising community awareness of RHD in the last four years.

Global estimates for RHD, which starts with ARF, are more than 30 million cases and 300,000 premature deaths annually.

This vaccine, which could also prevent strep throat, impetigo, cellulitis and invasive disease is at the pre-clinical development stage. Multiple phases of clinical trials are required to prove safety and efficacy before it is approved for use in New Zealand. 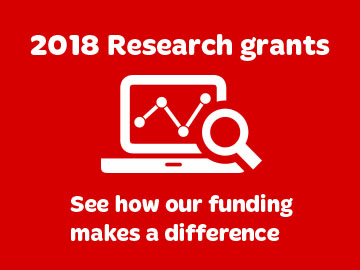 Donate now. For the love of life.