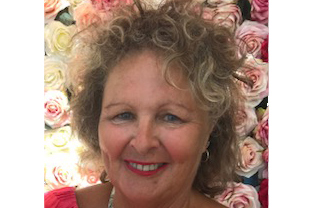 When Peggy was diagnosed with cardiomyopathy, her heart was functioning at just 15%. But, with medication and an implantable cardioverter defibrillator (ICD), this has more than doubled.

Peggy's journey began in 2009, just before she and her husband moved to London. In the months leading up to the move, she noticed she was feeling breathless when walking up slopes, but she didn't think anything of it. On arrival in London in February 2010, Peggy got swine flu and was very sick for two or three weeks. A couple of months after that, she was struck down with flu again, but this time she was vomiting.

Peggy seemed to recover from this illness, but as the year progressed, she noticed that she was finding it difficult to breathe more often while walking up hills or stairs.

"I was saying to myself, 'I must be very unfit'," says Peggy.

The breathlessness continued until a trip to New York in January 2011, when she began to also have chest pain. When Peggy got home, the flu returned, so she visited the doctor who diagnosed her with bronchial asthma, and prescribed inhalers.

Throughout that year, Peggy's symptoms worsened to the point where she gave up work, and she moved back to New Zealand.

"(My breathing) was crackling out my mouth," she says. Peggy later found out this was because of pulmonary oedema. "I couldn't concentrate, couldn't do simple tasks. I had pains down my arm. They said I'd moved a disc and hurt my neck. I had diarrhoea and vomiting. It was just awful.

"I was sitting on the bed one day and I said to my husband, 'I feel like I'm dying. I'm dying on the inside'. I couldn't understand what was wrong with me. There was no drive any more, no self-motivation."

Peggy still thought her symptoms were due to being unfit, so she spent more time exercising by walking and swimming. "I thought I needed to join a gym. So, before I did that, I went to see my doctor… The practice nurse was a friend of mine." The nurse tested Peggy for asthma, which came back negative, so she advised Peggy to visit a cardiologist.

Searching for a diagnosis

Peggy took her friend's advice and visited a cardiologist. Unfortunately, her treadmill test was unsuccessful due to a left bundle branch block (LBB) (a delay or blockage of electrical impulses to the left side of the heart), so Peggy was asked to come back three weeks later.

"Off I went thinking, what's an LBB? Even though I was a nurse, it had nothing to do with (the) heart. I had no heart problems in my family, no blood pressure, cholesterol or diabetes, and I was fairly fit. Then one night I couldn't breathe; it was ridiculous. I told my husband I was going to go to North Shore Hospital and tell them I have asthma. So, I went there, and I said, 'Listen to my breathing'. It was crackling out, like bubble, bubble, bubble."

Peggy was kept in hospital for the day while the health care team tried to find out what was causing the problem with her breathing. However, all the tests came back clear.

One doctor listened to her heart and decided that it would be best to keep her in hospital. "He said, 'I can hear something in there. I don't know what I can hear, but I can hear something.' Then he arranged all the tests. They tried the treadmill and I couldn’t do it. Then they did something else and they did an 'echo' in the end.

"When I got down there, the radiologist asked me if I'd been feeling unwell. I said, 'No, apart from asthma.' She went away to get someone else and I was looking at the screen, and there was just this big black hole there. I asked her, 'What's that big hole there?' She told me, 'That's your left ventricle.' I said, 'Is it meant to be that big?' She said 'no'. My heart was functioning at 15%."

Peggy remembers that "all hell broke loose". She was rushed back to the ward and then to coronary care. She called her husband to tell him that her heart was failing. Neither of them could believe it.

"My husband came in and he looked at me and I looked at him, and he said, 'Are you sure you've got the right patient?'"

For the following week, Peggy stayed in coronary care while her pills were titrated. Then she was sent home. Two weeks later, in the middle of the night, Peggy experienced parasomnia (a type of sleep disorder).

"I don't really know what it was, but my husband said I was ashen, waving my arms and legs. He told me to stop, then tried to wake me up and I wouldn't. I thought I was swimming, that’s what I remember doing."

Peggy's husband was concerned she’d had a stroke as her speech was slurred and incoherent, and her hand-eye coordination had disappeared, so he called an ambulance.

Once in hospital, Peggy had another episode where she passed out due to ventricular tachycardia.

"I went really dizzy, and that's it, I don't remember anything. My nurse found me and said, 'Peggy, you've gone to sleep in a hurry'. Then he realised I was hanging over the chair groaning and unconscious. Once again I was 'swimming'."

The medical team responded to the situation and once Peggy opened her eyes again, they took her straight to the ICU.

"From then on it was just action: I think four or five days in the ICU to get the heart rhythm settled and then as soon as it was settled it was over to Auckland Hospital to get the implantable cardioverter-defibrillator (ICD) put in. It was quite a journey.

Looking back on her experience, Peggy now can see there were warning signs that something was wrong, including gaining weight caused by excess fluid around her tummy.

Peggy describes how she was feeling as like "having your heart broken". "I can't tell you what the pain is, but it's a raw pain, maybe like you've got a chest infection, or your heart is just aching. Then when I started going on medication, it just disappeared. So that's when I knew that I did have heart pain."

In the eight years since her diagnosis, and with the help of medication and the ICD, Peggy has noticed continual improvement in how she feels and is doing well, with her heart functioning between 33 and 35%.

"The ICD is doing the work of the pump. The pump is damaged. The electrics are damaged. The right side seems to be all right. I have a valve that's naughty at times. It's letting the blood flow back up. So, they are keeping an eye on that. As it was explained to me, it was a global heart failure, which went down like a lead balloon. My job is to look after myself medically, and I try and do that."

Peggy lives in Whangaparāoa with her husband and daughter.

"My husband is very supportive. I notice where we are now; he'll be outside in the garden, then suddenly he'll come upstairs just to find out where I am. I think in the back of his mind he thinks I'll just go 'poof'! My daughter is living with us at the moment; she is the same."

For Peggy, having a swimming pool at her home has been one of the best things for her health, emotionally and physically. She is unable to do any vigorous exercise, but stays active by daily swimming, gardening and walking.

"Generally, I'm active. I can stay out longer in the garden now or just take off for the day and go shopping and not feel tired. Next day I might have a quiet day. I just had an iron transfusion, which has helped tremendously."