John Allan has sifted through tens of thousands of books in his time, but the one that caught his eye in April was a rare beauty. 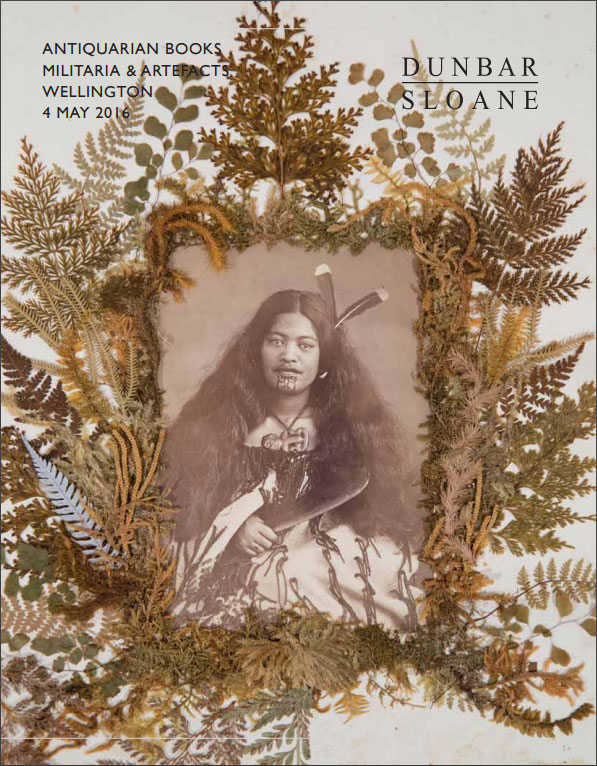 As a volunteer at the Heart Foundation’s Wairarapa branch, John has been helping with the annual book sales fundraiser for more than 20 years.

He and his literature-loving team sort through boxes of donated books each year, and John picks out the best ones to sell on Trade Me.

As he combed through the books for this year’s sale, John came across a very special one.

Staring out at him from the first page was a regal-looking Māori woman, her photo delicately bordered by genuine dried fern leaves.

John, who is 84 years old, had stumbled upon a New Zealand Fern Album produced in 1887. These albums were sold blank, with spaces on each page for the owner to insert photos, bordered by dried fern leaves, and sealed by a protective sheet.

“It was an unusual book, something more like a stamp album. They were apparently popular back in the 1880s,” John says.

“The first thing I did was look it up on the web and saw one for sale for quite a high number of US dollars.”

John contacted Dunbar Sloane, who were enthusiastic about auctioning the book at their ‘Antiquarian Books, Militaria & Artefacts’ auction in Wellington during May.

That first page John had seen – a stunning image of Maori woman Pare Watene, thought to have been born in Hauraki about 1858 – ended up gracing the front cover for Dunbar Sloane’s auction catalogue.

It sold under the hammer for a whopping $1,900, of which, all the proceeds will go to support the Heart Foundation’s work fighting heart disease in Wairarapa.

Book sales raise in excess of $30,000 each year for the Heart Foundation, with proceeds typically coming from three sources – Trade Me, the Masterton book sale, and a smaller book sale in Greytown.

“If something is higher value, say $200 to $300, then I think the Dunbar Sloanes of this world are going to get a better return because they sell to an international market,” John explains.

He says sorting through the books is very much a team effort.

“It takes time and it’s heavy work handling the banana boxes full of books. We have a sorting team that gathers once a week, of about a dozen elderly booklovers, and two young men who provide the muscle to manhandle the full boxes.

“At sale time, lots more volunteers appear – youngsters to load and unload vehicles, others to manage the sale, and most importantly, to provide sustenance.”

The Heart Foundation would like to thank John and his team for their incredible generosity, hard work and dedication. We couldn’t do it without you.