You only get one shot at life

Toni knows the devastating impact of heart disease. His father had a cardiac arrest at just 52. So when Toni was diagnosed with atrial fibrillation, he knew the importance of managing his condition for the sake of his tamariki and moko. 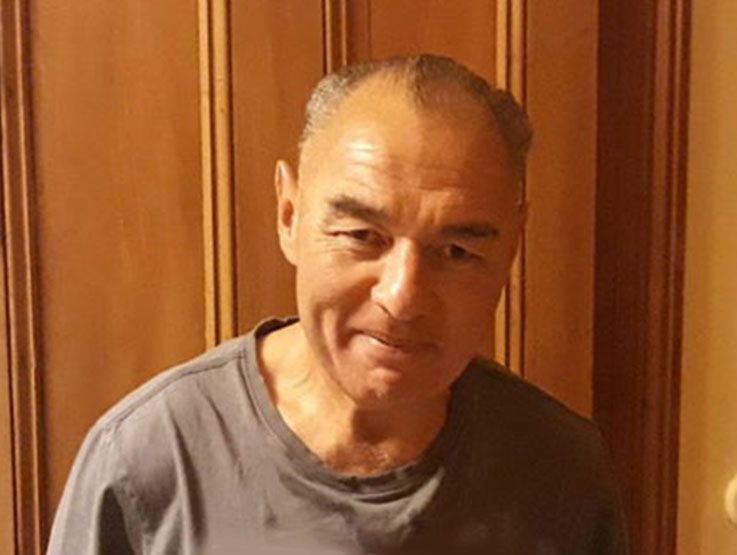 Sports fanatic Toni (Ngāi Tahu), might seem an unlikely candidate for a heart condition. He was rugby and football mad as a child and continued his passion into adulthood playing rugby for Marist St Pats in Wellington, as well as softball, football and cricket.

“The funny thing is, I remember I used to think to myself what would happen if one day I couldn’t run. I thought my world would end,” he says.

Unfortunately that day came sooner than Toni expected. In 2014, when Toni was in his early 50s, he started to get breathless walking short distances, and felt lightheaded at work in his active job in traffic management. He knew straight away something was wrong.

“My father had a cardiac arrest at 52 when he was out running. It was a genetic thing. And so for me when I noticed the breathlessness, also in my early 50s, I thought something’s not right.  I was used to being really fit and I just couldn’t breathe properly.”

Toni decided to get checked out straight away and after a range of tests at hospital, his suspicions were confirmed. He had atrial fibrillation (AF), a heart rhythm condition which can lead to stroke, and cardiomyopathy, a condition where one of the heart chambers doesn’t pump properly.

He was given medication to manage his symptoms and reduce his risk of stroke, as well as getting pills to lower his cholesterol and blood pressure. He was also told that some aspects of his lifestyle would need to change.

Lifestyle changes are challenging at first

“At first I thought that I could still play sport at the same intensity. The hardest part was getting that idea out of my head,” Toni admits. “It was a slow process. I kept trying to do the things I could do before and that wasn’t working, but slowly I’ve found my limits and I’ve learnt not to push past that. It’s better to be able to do something, than to do nothing.”

These days Toni has hung up his rugby boots and running shoes and is cycling instead.

“I’m ok on the flat, as long as I stay away from the hills,” he explains. While it’s not the intense kind of sport he once loved, it’s enough exercise to keep him feeling good.

“Without exercise I would have gone crazy. I’m just not someone to sit around and do nothing. I found it really hard that I couldn’t train like I did before but I had to say to myself, ‘Thank God, you’re lucky you can still do this.’”

Toni also cut back on his alcohol intake and improved his diet.

“When I trained a lot, I ate a lot. But after the diagnosis, I thought if I’m not training as hard as I used to, I’ve got to stop eating as much as I used to. It was really about learning what to eat, when to eat, and how much to eat. As for having a few beers, these days I just take it easy. I’m no longer in my twenties any more.”

Despite the lifestyle changes, unfortunately Toni had a mini stroke, or transient ischemic attack (TIA), a couple of years after his AF diagnosis.

“It was quite a surreal experience to go through,” he recalls. “It was early evening and I was at my place. I remember hearing what sounded like a piece of grease-proof paper being crumpled up. I felt something wasn’t right, and for some strange reason I went into the bathroom and looked at myself in the mirror. I tried to speak and found I couldn’t. I didn’t panic as my logic at the time was if my voice has gone, it will come back.

“After about thirty minutes, I felt a little better and once my voice returned I rang my partner Melissa and she took me to the hospital that evening.

“I was so lucky that I didn’t have a stroke,” he admits. “After suffering a TIA, one in three people will go on to suffer a full blown stroke, half of them within the next year. The whole experience just made me more aware that I had to stick more stringently to all the rules. Consistency, that’s what will bring out the best in everything. The medications, the healthy eating, the activity. For everything involved, you need consistency.”

Don’t wait until it’s too late

Toni’s message to others is to get things checked out as soon as possible if you notice symptoms.

“I’d just like to say to all New Zealanders out there, but particularly to my brothers and sisters of Island and Māori paternity, get checked. Don’t be afraid worrying about what everyone else will think. Because you only get one shot at life.”

“Sometimes our people won’t say anything but it’s so important to get help. And if you see someone else, maybe a family member going through this, then tell them. Do not hesitate.

“For me, it’s important for my children and my grandchildren to understand how to go about things regarding heart conditions. I hope that they don’t have to go through what my Dad went through, or what I am going through now. The best thing for the kids I believe is to educate them about AF. They will have such an advantage should this condition happen to them, or if they know someone who is going through AF.”