“I told myself I couldn’t possibly be having a heart attack.”

Fit and active at 60, Maggie didn’t think she could have a heart attack. But that all changed one day. Now Maggie is determined to stop heart disease from taking the life she loves – and the things she loves doing.

Maggie ran her own business, walked every morning and went to the gym three times a week. Then one day, as she describes it, “Bang”. She had a heart attack.

“I was doing the shopping, and it felt like someone was trying to stuff a ball down my throat,” Maggie says. “It crossed my mind that it could be a heart attack, but I immediately thought, ‘Don’t be stupid’.” It wasn’t until hours later, shopping done, Maggie decided to go to the local doctor. “The pain was coming in waves, and I thought, ‘What am I going to do? I can’t drive’. As soon as I felt I could, I threw my shoes on, grabbed my handbag and started walking.”

Maggie was shocked to discover it was a heart attack. Not only that, one of her arteries was 100% blocked. And because it had taken so long to diagnose, a part of Maggie’s heart was dead.

The damage to Maggie’s heart is irreversible, and will impact what she can do for the rest of her life.

But there was some good news. Maggie’s healthy lifestyle probably saved her. And thanks to research funded by the Heart Foundation, she is being treated with a class of drugs known as ACE inhibitors, which can significantly reduce the risk of death in a person who has had a heart attack.

“I’ve been given a second chance,” Maggie says. “I go to a special cardiac gym where they monitor me. With a combination of medication and exercise, the doctors hope my heart function won’t deteriorate any further. It’s a good motivation to get my tail out of bed and go to the gym.” 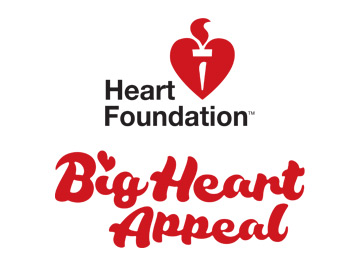 A New Zealander dies from heart disease every 90 minutes

Your donation will fund research to save lives