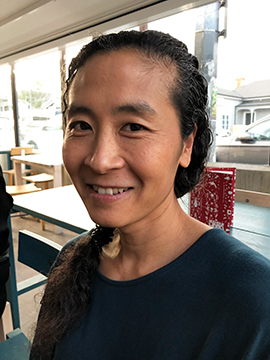 "I think our health is something that we all greatly value. To work in this research field to find ways to improve human health has great meaning for me and gives me a sense of real purpose. It's not something I ever thought of doing as a child, I was far more interested in being a singer or dancer when I was young but was smart enough to realise I didn’t have the talent for it!" - Dr Jacelyn Loh.

Dr Loh has just been granted a three-year Heart Foundation Senior Fellowship to continue the research that could potentially protect our most at-risk children, as part of its 2019 funding round.

The Heart Foundation announced $3.7 million of funding today for heart research and specialist training for New Zealand cardiologists in 2019, bringing the total awarded by the charity since its formation in 1968, to more than $74 million dollars.

Dr Loh says the vaccine would target Strep A infections, such as those that cause a sore throat or skin infection and, if untreated, can lead to acute rheumatic fever, rheumatic heart disease, permanent heart damage and premature death.

Currently, there are no licensed vaccines for Strep A which could prevent rheumatic fever, rheumatic heart disease and those in clinical development may not protect against the specific strains circulating in New Zealand and Australia.

"There are three vaccines in clinical trials at the moment worldwide, but the most advanced of these may not provide protection against many of the strains seen in New Zealand or Australia," says Loh.

"We see very different strains in New Zealand and Australia, which are comparable to those found in low-income countries where rheumatic fever and rheumatic heart disease are most prevalent, so specific vaccines being developed in the United States may not work in New Zealand."

The researchers are looking at two ways to develop the vaccine with trials on one strain due to begin in November this year.

Prevention of rheumatic fever is a national health priority in New Zealand where rates are much higher than other developed countries, particularly in Māori and Pacific children.

Research on the incidence of rheumatic fever in New Zealand between 2010-2013 showed Māori were nearly 30 times more likely to be diagnosed with it than the New Zealand European population and Pacific people more than 40 times.

The government has invested more than $60 million in identifying and treating Strep A sore throats in high-risk children and raising community awareness of rheumatic heart disease in the last four years.

Global estimates for rheumatic heart disease, which starts with rheumatic fever, are more than 30 million cases and 300,000 premature deaths annually.

Read about our research
Print this page